If you grew up in late 20th century India in a rising middle class family, you were probably raised with typical middle class values that form the backbone of this article. Fast forward a few decades and now you are raising kids in a country and culture that is not familiar to you because you didn’t grow up in it. What complicates matters is that every step along the way you are wondering if the difference stems from generation gap (which you must adapt to) or culture (adoption of which seems more optional). The dilemma of right vs. wrong, what is the best for the child, the tension between being modern vs. orthodox, the dreaded day when you get an email from your school about the upcoming mandatory sex-ed classes.

I do not recall any explicit sex education conversations with my parents ever, not even with my mother. Yet somehow the boundaries were pretty clear on what was right or wrong (whether or not you agreed with them). Sex before marriage was a taboo and dangerous and a big NO. I wonder when and how this notion was planted in my head – if it was my catholic school experience or movies where the most precious asset of a girl was her ‘izzat’ or the taboo associated with an unwanted pregnancy, oblique references at home, or all of this. No matter how modern or feminist my thoughts were, no matter how unorthodox my clothes, no matter how late I stayed out at night for clubbing or concerts in college, this was one thing I never questioned. Just as I never questioned if my parents were my parents, or what my gender identity was, or the fact that I was born a Hindu. This one “concept” stayed with me even after I moved to America and was living alone by myself and in a healthy dating relationship.

In fact, looking at divorce rates, the short dating relationships, the political chatter around planned parenthood, stats around teen pregnancy, and high number of single mothers, this idea is as strong in my mind as it was in my younger years. While I welcome everyone else’s beliefs and choices, I still regard appropriate abstinence as a healthy choice. [Disclaimer: I am not comparing these stats with any stats in India. It is irrelevant to my line of thinking and moreover, I don’t trust any stats coming out of India on this topic]. The question is then, how should one approach this topic with a child growing up in a different culture, different country and different century.

Let’s lay out some facts of our modern society and modern parenting that further complicates this conversation.

When we were raised, our parents weren’t our friends; they were parents. Their job was to set limits for us and ours was to stretch and bend them without breaking. In today’s world, there is an added burden and pressure on us to be friends to our kids. If we don’t listen to them, then we are uncool parents. If we don’t empathize then they will stop sharing things with us. It is almost like the rules of relationship are being written by kids and not parents. Secondly, sex has become a topic of conversation like never before in last 18 months. The brewing scandals, the harassment allegations in every industry and the recent articles about indiscretions by people in authority has made it a prime-time news. Avoiding the subject is no longer an option.

If you have to catch the bull by the horn, what are some things to consider and how do you find the happy medium that works for you and your family. I am looking at this from four perspectives.

Let us talk about biology first. When kids go through hormonal changes a.k.a. puberty, they will feel the urge to experiment. Detailed sex education is part of the core curriculum in US public schools. Its goal is to prevent teen pregnancy and STDs. Under such circumstances, is it even feasible to ask kids to completely refrain when society around us looks at it differently and accepts it? Isn’t it in our child’s best interest to feel comfortable discussing any topic with us?

That brings me to the second dimension – safety and physical well being. If you do not want your teenage daughter to get pregnant or your teenage son to get another girl accidentally pregnant or have medical issues, it is much better to talk to them about safe ways in which to engage in this behavior, if they must. Is there a happy medium where we can talk about it yet not in a way to encourage it?

That is where the source of dilemma lies – if we focus on teaching abstinence, we run the risk to turn them away and close the communication channel. If we encourage open dialogue so we can teach them about safety, we run the risk of sending signals that a) we expect it to happen b) we are ok with it as long as they take adequate precaution.

The third critical dimension is the aspect of emotional well being. What is the difference between a regular friend, first crush and a life partner. Should sex be considered an ultimate form of intimacy or something as banal as sleeping or food in which case it is about the moment and not a reflection of long term intimacy? How and when do you convey this to a child? They don’t have the experience or maturity to understand and appreciate this when they are teenagers and can end up getting hurt. How do you explain it without making a big deal about it? The risk of over emphasizing is profound as well – a) you either set inflated expectations and make it more desirable b) or make the subject a taboo or a hype. It was a big deal when we were growing up. That taboo leads to the guilt, shame and social stigma, specially for girls, if one ends up in an undesirable situation as we saw with the #metoo campaign. But underplaying it may land the child in harm’s way more easily with long-term consequences.

The last but often overlooked impact is that of media messaging. In the last two decades Indian movies have evolved a lot when it comes to showing physical relationships although the characters are usually in college and older (unlike American movies where it starts in High School). There was a time when a kiss on either side of glass door in Maine Pyar Kiya was enough to convey extreme emotion and restraint at the same time. Now we have the characters in Cocktail or Befikre where a one-night-stand or a live in relationship is the new normal.

I am specifically using examples of Indian movies since this is Masala Chai, a platform for issues related to growing up in India. I have wondered what % of population and its behavior is reflected through this genre of movies where the characters are strategically living outside of India thus somehow making them credible. As NRIs, when we try to hold on to our Indian-ness more, we want to adapt to what is happening and considered OK in today’s India and the movies are our window into that world. But are they? What should be our barometer?

I don’t have the answers here, neither do I know what is right or wrong. Frankly, I don’t think there is a right or wrong. The only thing I am sure of is that a conversation is essential. Our generation will have to adapt and learn how to become comfortable with these changes. 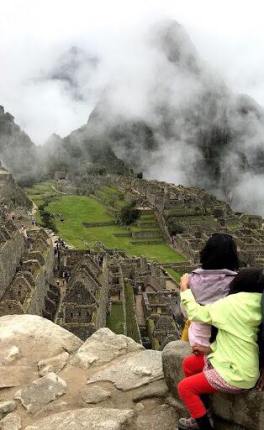