It started as a regular workshop with parents at a local school. We spoke, took questions, discussed strategies for handling situations, about shyness, morality, relationships, about sibling rivalry, about aggression; the usual range of concerns parents have. Towards the end of the morning an older gentleman in the audience raised his hand to speak. Between him and his wife, there was a young child, evidently their grandson. “I raised my hand not to ask a question, but to share something”, he said. Lifting himself off the chair, he walked up to face the audience, clutching the mike close. He didn’t seem terribly comfortable with the task of public speaking. This is the substance of his speech:

“I want to share something from long ago. We have two sons. When my boys were quite young, one night, we were walking the street after dinner when one of them looked up to me and asked: ‘Papa, sometimes you scold us, sometimes you say ‘no’. Sometimes you encourage us and often you give advice. When I grow up and you are not with me, how will I know when I am right and when not?’ For a moment I was taken aback by the question. What was I to say? How do I answer my son? I knew one thing, I HAD TO answer him, and that the answer would have long-term consequences. As parents, sometimes we just know such moments. 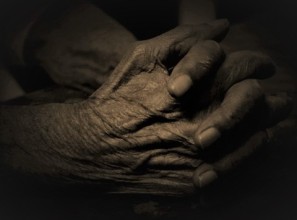 From somewhere, I don’t know where, I found my words. What I said to him is what I want to share with you all today”, he said. “I said to him, ‘Son, if what you are doing can be shared openly with others, then you are right. If it is something that you have to hide from other people, then it is likely to be wrong. This is a simple thing that you should remember. If you don’t have to hide it from anyone, if there is nothing to fear, and you will be on the right track. If you have reason to hide, and are afraid that others will get to know, there is probably something wrong in your choice’. This has worked for my children who are now grown men and have lovely families of their own, and my grandson is with me today. We are a happy family today and share open and loving relationships. I have no idea how I came up with the answer, but I knew that it was the right one, and time has proved that.”

His wife, the grandmother got up to add “One day, when the boys were small, they and their friends were playing cricket on the road outside our home and broke the windscreen of a car parked on the street. All the other kids ran away, and my boys came to me and confessed. Those days, a single pane would have cost us much more than we could afford. So when the angry owners came to ask for damages, I said to them, we don’t have the money, but here are the boys who did it. Take them and make them work every day to clean the car. When the money is recovered, you can free them from this task.” I said. “You see, my children never hid anything from us, this is how we brought them up. For a few days they were made to clean the car, after which the owners let them go.”

For a while there was dead silence in the packed hall. Then, as if taking a moment for the message to sink in, the burst of applause filled the room as the old man haltingly returned to take his seat beside his wife. The simplicity and clarity of their words was humbling, and it was a privilege to have been there.

Young children have minds of their own, and they also learn so much from us. At an early age, ownership, affiliations, prejudice, loyalty, superiority, power, truth, none of these intentions enter children’s minds. They confront the world at face value, and hurting others, hiding things, or taking what belongs to someone else are simple experiments with the world, and do not carry the meaning and intentions that they do for grown-ups. Yet, it is from these innocent explorations that intentional acts emerge. When people deliberately subjugate, humiliate, hurt, steal from, or lie about others, many of these actions have origins in how early experimentation was handled; and naïve maneuverings can become transformed into malicious acts. As research has shown, the ethics of conduct is a valuation that we gather from our surroundings. We have the choice to oppose, ignore or even encourage children to be mean and manipulative towards others. Fortunately or unfortunately, that is the power of being parent, and that is our collective responsibility. We need to be alert to moments of potential gravitas, something that the gentleman in our story handled with spontaneous, dignified wisdom. There is no denying that we are key players in the development of ethics in our children. In this, we have a choice!